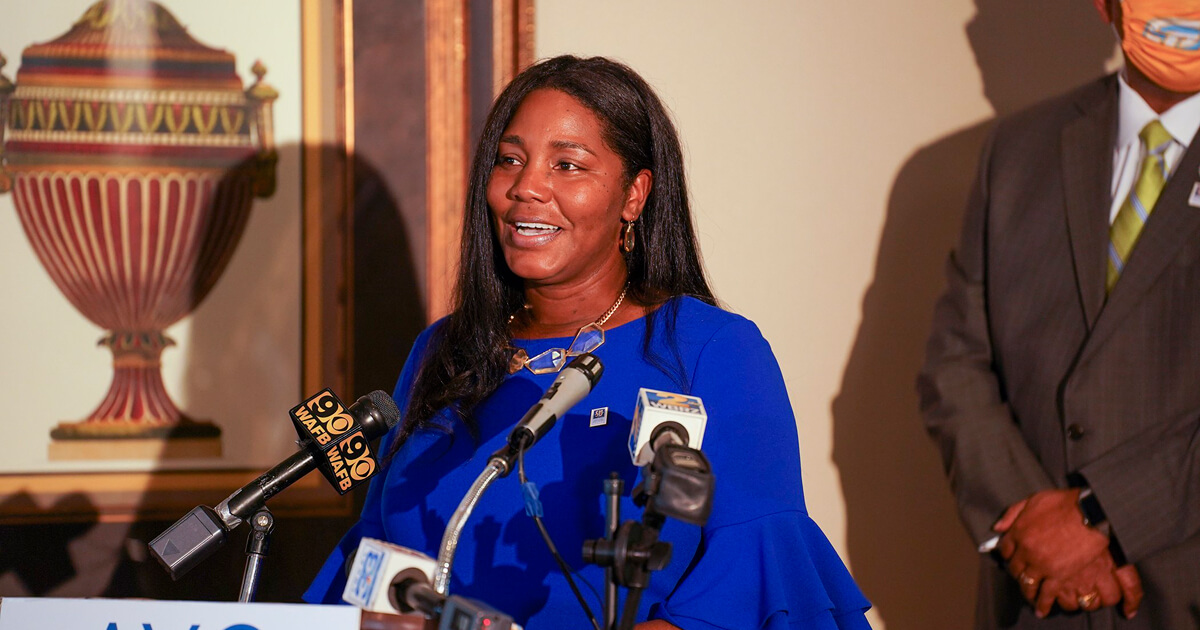 Nestled along the bank of the winding Mississippi River, under the shade of Louisiana oaks and Loblolly pines, just down the road from the HBCU's main campus, sits Southern University and A&M College's medical marijuana program. In just two years, the facility has already brought in more than $2 million for the Baton Rouge-based HBCU, hosting more than 2,000 cannabis plants with at least three to five strains of marijuana grown to produce tinctures, topicals, bath bombs and, most recently, vape pens.

But Baton Rouge is also the seat of the East Baton Rouge Parish, where Black people are seven times more likely to be arrested for marijuana possession than their white counterparts, according to data from the American Civil Liberties Union. Nationally, Black Americans are nearly four times more likely to be arrested. The criminalization of marijuana has disproportionately impacted Black people, but the dividends from the increasing legalization of it are flowing elsewhere.

A 2021 report from Leafly recently found that Black Americans represent only 1.2 percent to 1.7 percent of all cannabis company owners. However, programs like the one at Southern University are starting to get some of the profits back into Black communities. In 2016, the Southern University Agricultural Center was licensed by Louisiana as one of only two medical marijuana production facilities in the state. It is now the only HBCU in the country with its own line of CBD and THC products.

"We chose to be a part of this growing industry because we knew that this was the next wave and we wanted to be able to not only educate ourselves but make sure that we were able to educate the general public, our constituents and also our students with what was going on in this space," Dr. Janana Snowden, executive director for the Southern Institute for Medicinal Plants (SIMP) at the Agricultural Center, told The Plug.

Southern University Agricultural Center partners with Ilera Holistic Healthcare to run the facility and create their AYO brand of products. Dr. Snowden said protecting the university was front and center when the partnership was established. The school received a $1 million signing bonus and they receive a guaranteed $1 million a year, regardless of company revenue. The partnership has also provided an additional $150,000 to SIMP which has been allocated for stipends and research assistant positions for students to work on projects involving other types of medicinal plants.

Dr. Snowden said the goal of the program is to produce quality medicine for the citizens of Louisiana, with the AYO line of CBD and THC products currently being sold across the state's nine dispensaries. But for some, there is still a stigma.

"Some people that I've spoken with personally thought that this would create another negative narrative for universities such as Southern University or HBCUs. Well, when they saw what it did for someone that was near and dear to them, and they saw the change that took place, it was an eye-opener," Dr. Snowden said. Established in 2018 by the state legislature, Florida A&M University Medical Marijuana and Education Research Initiative (MMERI) is devoted to educating HBCU students and the state's minorities about medical marijuana and the impact of the unlawful use of marijuana on these communities.

The initiative is funded by the state's health department, which gives them $10 from every $75 medical marijuana ID card issued. Dr. Patricia Green-Powell, MMERI's executive director, said the initiative is built on a framework of education, community engagement and communication, hosting forums to provide a space for frank discussions on marijuana and offering a free course to the public that gives a basic overview of marijuana, including its history, the criminalization of it and Florida laws.

The initiative does not provide advocacy support or work to exonerate people with marijuana convictions.

"I love our tagline 'educate, learn, talk,' because the more you educate people, the more excited they are about this newfound information, and they're going to talk about it," Dr. Green-Powell told The Plug. "I don't care if they are at a barbershop, or hairdresser, wherever they are," Dr. Green-Powell said, "just like the program at Southern University, MMERI has faced some pushback, specifically from faith-based organizations."

"I'm a preacher's kid, and I often say when I'm giving these workshops and talks and seminars, if my dad was alive today, he'd probably say 'Girl, what are you doing, talking about the devil's drug?' Because he was from the era where marijuana was this taboo topic. And so I think we're slowly beginning to penetrate the faith-based groups," she said. Later this month, MMERI will be hosting a forum with an AME pastor, a Catholic priest, a rabbi and the founder of the International Jewish Cannabis Association. As these two programs look to the future, they hope that more people will know medical marijuana may be something helpful for them or their loved ones.

"I want to get to the point where CBD, THC, endocannabinoids are terms that people would know and be able to understand more about, Dr. Green-Powell said. It may be something that you knew about years ago, that minorities were incarcerated for. But what we want you to know is that there are compounds in it now that may help you." 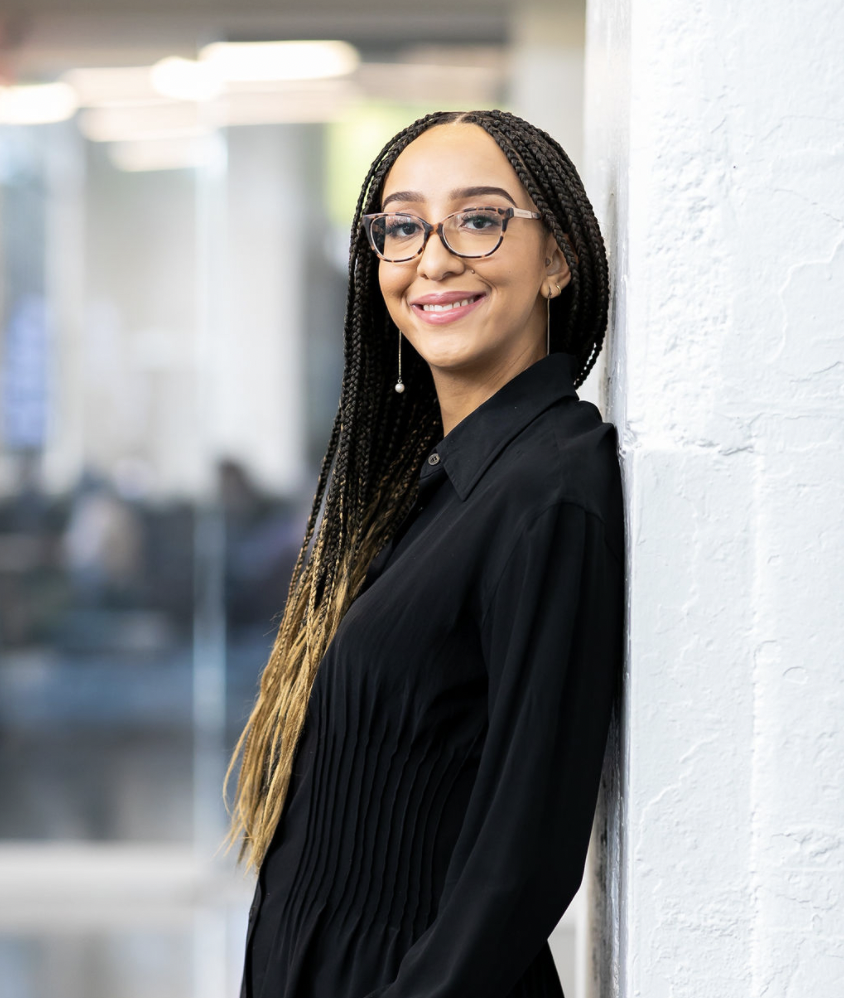 Mirtha Donastorg is a corps member with Report for America and The Plug's HBCU Innovation Reporter, exploring start-up initiatives and innovations coming from historically Black colleges and universities, as well as the way the students are shaping the future of tech. She previously worked as an associate producer and a researcher for CNN. 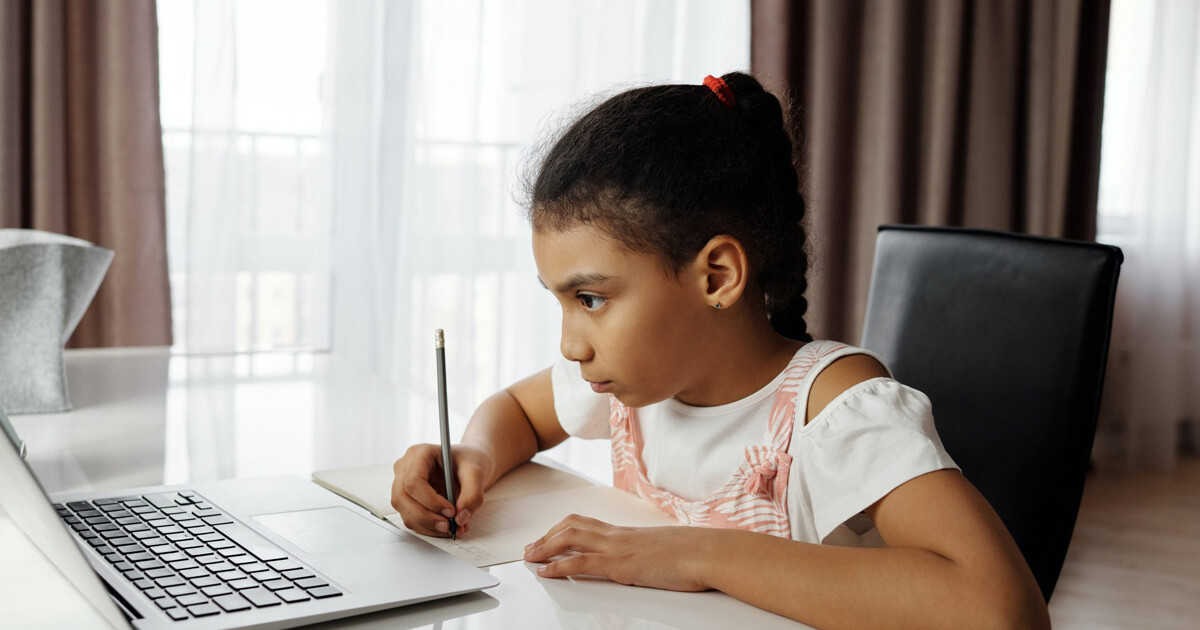 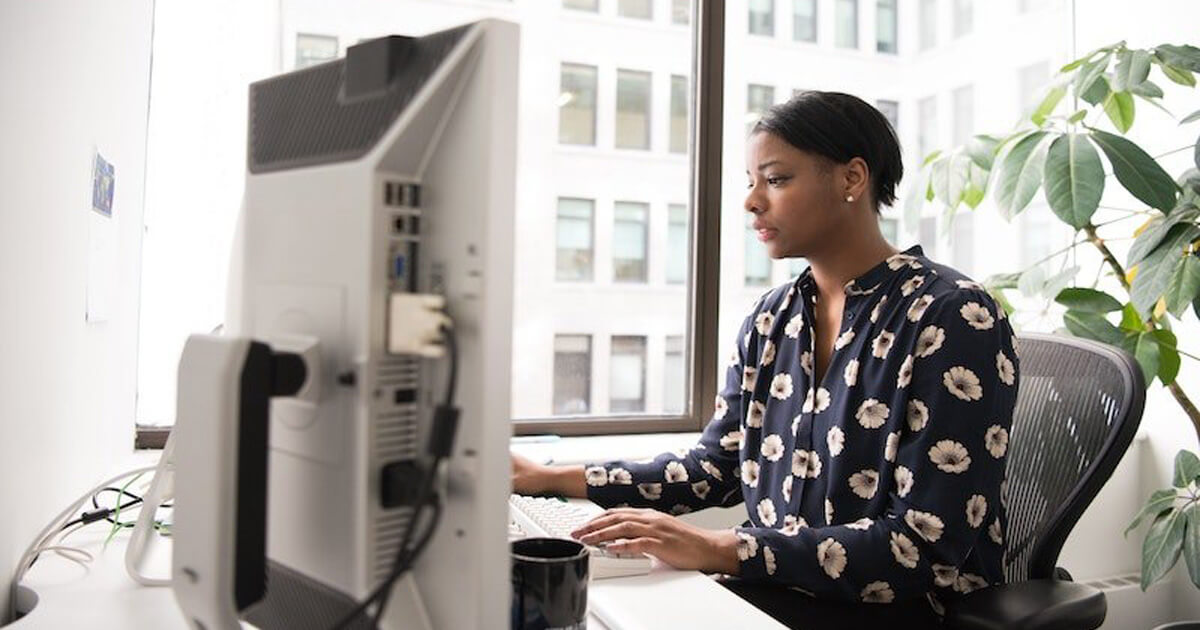 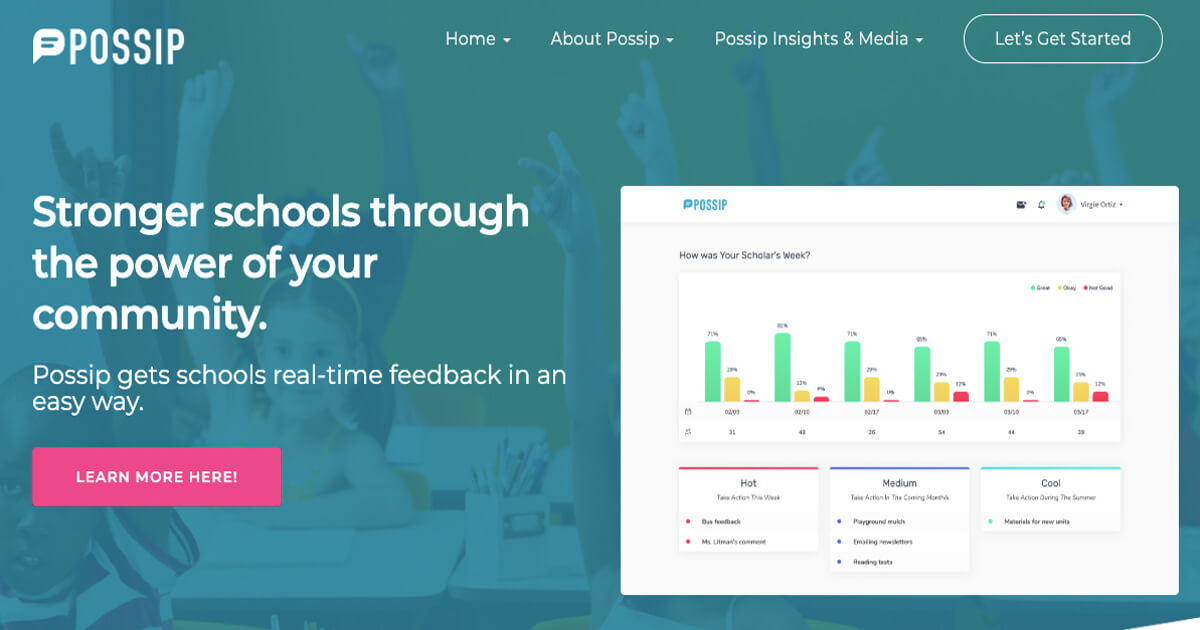 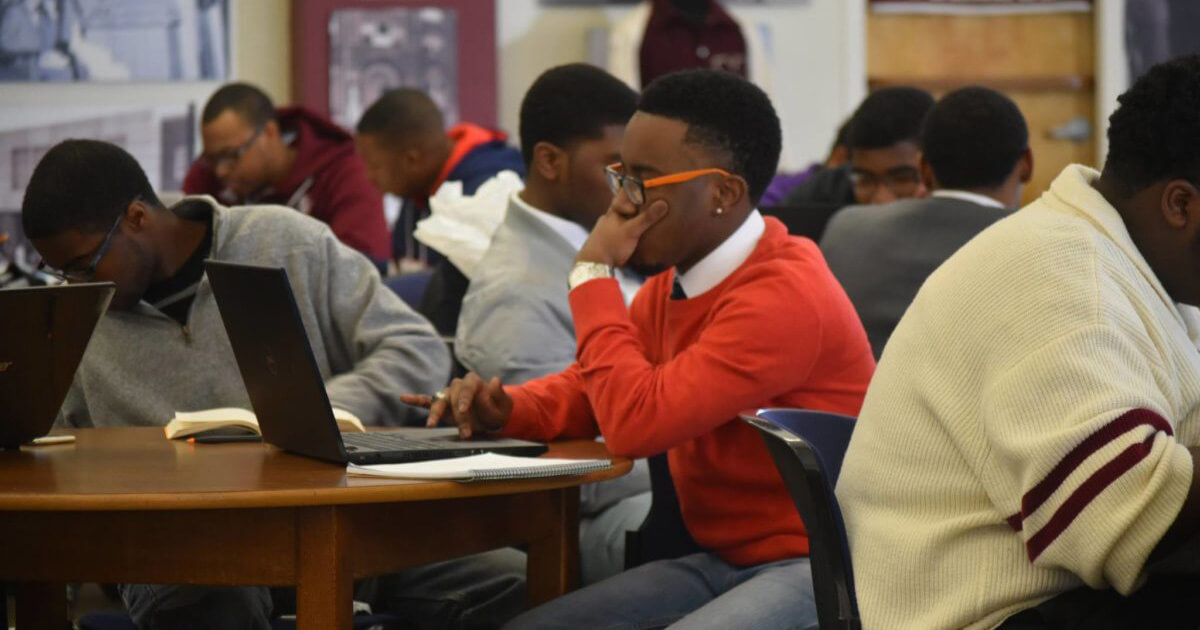 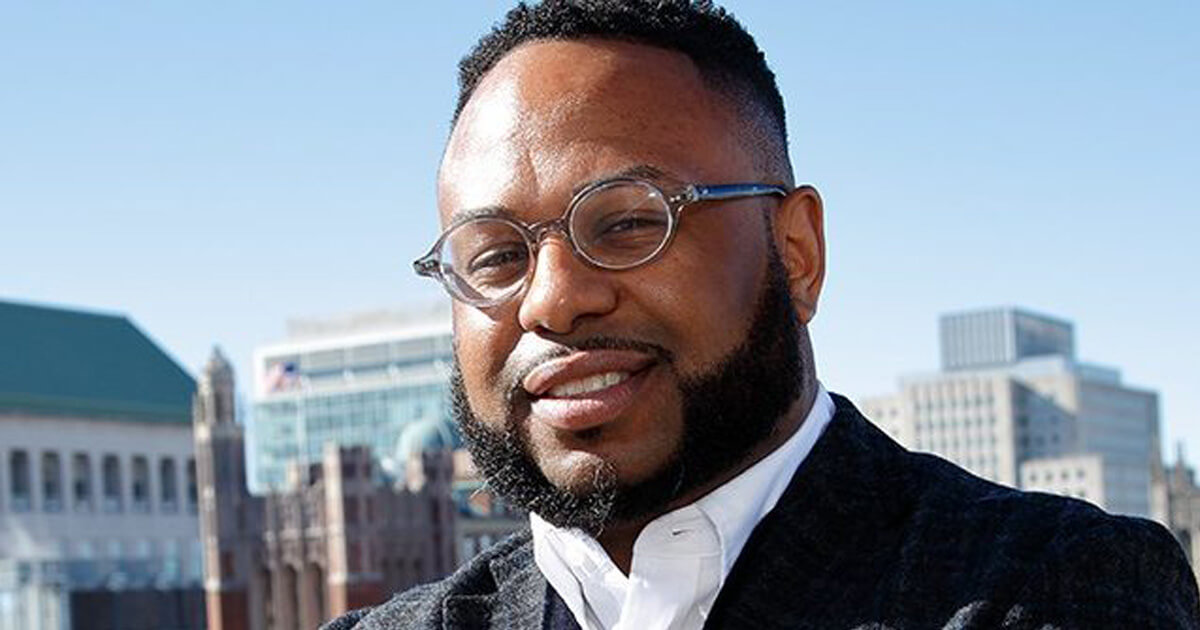